The Mauryan Empire, who was responsible for the manslaughter of the Kalingas in the reign of Ashoka The Great, was a vast and powerful military and political army of ancient India. The seat of the empire was the Pataliputra city (present-day Patna), founded in 322 BCE by the first Mauryan ruler Chandragupta. 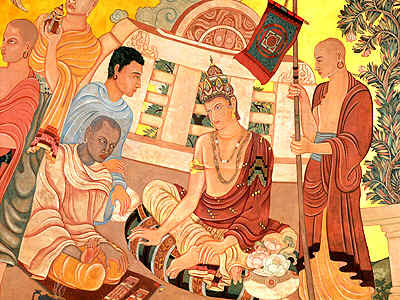 Chandragupta was a brave warrior who overthrew the previous Indian ruler, the Nandy Dynasty. The expansion of his empire across western and central India was made easier when Alexander The Great and his Persian army withdrew their stake in western India. In history, the Mauryan Empire trampled the remains of Alexander’s Macedonian empire, including the last-ditch effort by the Greek general Seleucus I, an officer of Alexander the Great.

Aside from maintaining the most formidable of all army empires in ancient India, the Mauryan Empire was also credited for establishing the foundation of Indian trade and economics, which flourished across the vast nation. A centralized system of government administration, money and finance, as well as security corps was used, which resulted to years of harmony, peace and prosperity. It was also under the Mauryan empire that Indian advancements in the sciences and religion were pioneered.

Just like any powerful empire, the Mauryan army pursued its territorial claims as far as possible, with the small kingdom of Kalinga as its final subject, accomplished in 261 BC and ended the empire’s military expansion.

After 40 years of relative peace, the Mauryan Empire was led by a succession of weaker kings and slowly faded in its glory.