Dhauli, a hillside territory by the banks of the River Daya in India, holds an important place in the Buddhism religion as the place where the Mauryan ruler Ashoka The Great renounced the violence of war and embraced spiritual conquest through living the principles of Buddhism, particularly the Dharma, or peace.

Located about eight kilometers south of Bhubaneshwar (present-day capital of the Indian state of Orissa and the former center of the Kalinga kingdom), Dhauli’s hills were the site of the notorious Kalinga War that claimed the lives of thousands upon thousands of warriors and innocent victims. 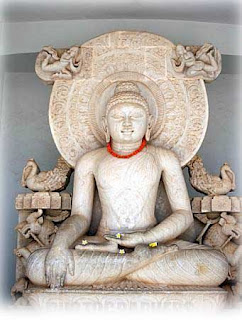 Constantly repulsed by his guilt, Ashoka embarked on a conscience cleansing with Dhauli hill as the center of his peace pact. Ashoka built his stone edicts on Buddhism around Dhauli.

The “Edicts of Ashoka” found in Dhauli are among the most prized of Buddhism relics, carefully preserved from its natural state in 3rd century BC. Lord Buddha was depicted as a sculpted elephant at the top of the stone edicts, a testament to the spiritual transformation of a great man once known as Ashoka The Great to Ashoka The Compassionate.

Dhauli today also draw spiritual pilgrims for a visit to the Shanti Stupa, a pagoda of peace built by Indo-Japanese Buddhists and inaugurated in November 1972.

The Stupa features magnificent religious sights that portray important Buddhist traditions, like the reclining Buddha, a procession of elephants and horses, a bodhi tree, footprints of Buddha, as well as an image of King Ashoka in the hill offering his sword to Buddha.